Well, I'm sure you know IBM is the acronym for International Business Machines. By saying "I" I was referring to myself. I work for IBM and this was the snap I took with one of the oldest inventions of IBM, the IBM 701 Electronic Data Processing Machine. 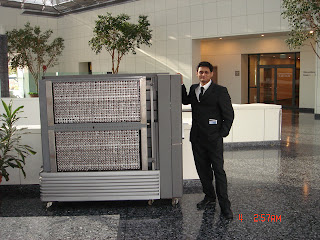 IBM signaled its commitment to electronic computing with the introduction of 701 in 1952 as the company's first production computer and the first machine in which programs were stored in an interval, addressable electronic memory. Using cathode ray tube (Williams tube) memory for speed and flexibility, the 701 also featured the IBM-invented tape drive vacuum column, an invention that popularized magnetic tape storage technology. 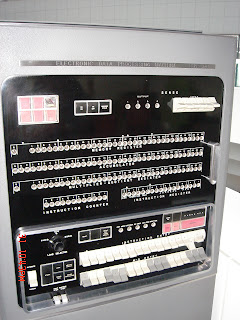 What was so special about the 701? Well, a few things. The 701 was a landmark product because it was: (Courtesy: IBM Archives)


This is something that most of us would have just read in textbooks during school and college days. It was sheer pleasure and excitement to touch and feel something like the IBM 701 Electronic Data Processing machine.

An excitement to live with!

PS: Here is the link to IBM's official page for the 701 Electronic Data Processing Machine
Posted by Unknown

Email ThisBlogThis!Share to TwitterShare to FacebookShare to Pinterest
Labels: IBM