Off Technology, People and Governance - Reckon a Change! 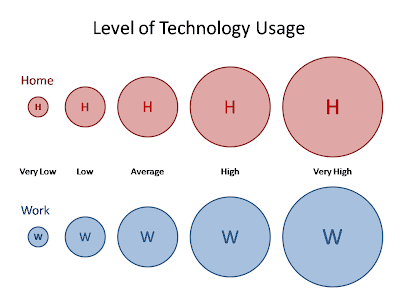 With a world that's fast changing, it's inevitable that one may have to do and undo things in an attempt to betterment. Today's world has seen lot more diversity than it was about a decade or two ago. With the technology making news every hour, every minute and every second, it is getting tougher to think of a world sans this wonder invention of mankind - Technology.

With the citizens of the world and the businesses across every street taking advantage of the technology wave, the world has definitely started to look better. From the age of the pin-hole camera to the age of the Liquid Crystal Display (LCD) televisions, mankind has gotten to see the world with an increasing touch of reality. From the days of Morse code to the day of the broadband internet and the T1/2/3 lines, mankind has gotten to know happenings across the globe in near-real time.

So, here comes my question - How have these inventions changed You and Your society? As I type this on my laptop, I do realize that in less than 5minutes from now, there are going to be a good number of readers across the globe reading my writing and commenting on the same. Such is the speed of communication. Technology and mankind have shared a very interesting relationship - A Love-Hate Relationship. Interesting? Read on...

When Alexander Graham Bell invented the telephone, the whole world applauded and patronized the invention. Soon, telephones became a common product in every household. When the Global Positioning System (GPS) was invented, the world loved it and it soon became a common feature in most cars and homes. Countries laid down laws that took into account the different types of communication, technology, etc.

With the growth and evolution of technology, the world has become more closely tied to technology today than ever before. This calls for a basic understanding from the citizens of the world that we will need to start looking at technology as one of the key constituents of social and community life too.

For example, Google's Street View service has provoked a lot of citizens on the privacy front. When this first cropped up in August 2008, I thought it was handled appropriately. But then, I saw this happening again just a few days back. Has there been a real solution to this problem? While democracies have always stressed on freedom of speech, freedom of action, etc, it's also important to respect people's privacy.

How can these things be handled? The governments of the world need to revisit their constitution and amend some of these privacy related statements and clauses. It's also important for the governments to have a constant update on the technology progress and accordingly make amendments to the countries' laws to eventually help mankind enjoy the luxuries of technology while getting to have their share of privacy.
Posted by Unknown No comments:

Blogrolling is back - Simple and Smart is the key.. 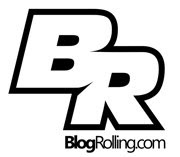 I've been waiting to see Blogrolling back in action for quiet sometime now....and it's really nice to see them back. They seemed to have done a migration to a newer technology platform, and it definitely shows up after logging in. One thing I've observed though is that it has become a little slower than the previous version. Nevertheless, I'm happy that they are back!

So, what's in Blogrolling? It's as simple as a link manger. Call it a roster or a list of favorite links, it's just that. Sometimes simpler things are more addictive! Like how many of us have got influenced by Google's search engine, I've somehow always liked simpler manifestations of technology.

Let's hope to see more simpler and smarter manifestations of the technology monster.
Posted by Unknown No comments:

Deepam - The Brighter Side of Indian Education 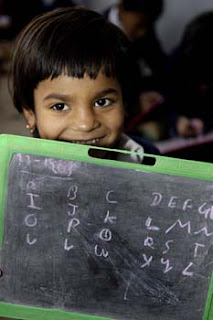 I've been observing this very small organization called Deepam for quiet sometime now. This is an organization that wants to "give back" something to the society. They have been doing some commendable work in the recent past that has attracted my attention in more than one instance of time.

It all started with two urban citizens sharing a common goal - Create a Brighter India. The two people are - Ram Viswanathan, who is a technocrat with one the world's biggest IT companies...the Big Blue, and Karthikeyan Vijayakymar, who is an entrepreneur with a strong passion to change the world. I'm proud to have been associated with the two as a friend in more than one way.

Well, let me not get into the past, and give you the opportunity to know more about what Deepam is all about and what's been cooking under the Deepam tree. Do visit www.Deepam.in to know more.

The National Knowledge Commission has been running a contest, and our friends at Deepam have posted an essay and video. The essay and film talks about how Deepam is solving some of the problems in Indian Education System. I strongly urge you to visit the following links and vote/rate these content and help Deepam in supporting a cause.

All your votes and ratings will push Deepam one step closer to the prize, which in turn will help this organization get the necessary support to give better education to the Young and Growing India! Also, don't forget to spread the word!
Posted by Unknown No comments: