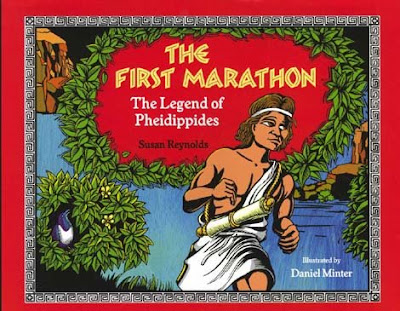 I'm splitting my First Marathon experiences to three different parts for the sake of readability. Should you want to download the full article in a PDF format, please click here. This is Part 1 of the three part series. Would love to hear from you!

With less than 1% of the world’s population indulging in running marathons, it’s not too often that one gets to write about marathon experiences. I’m glad to have entered the elite One-Percent Club of long distance runners with the completion of my maiden marathon in Singapore last week.

More than just sharing my experiences during the course of the Standard Chartered Singapore Marathon, I have decided to go a little further. In this article I have made an attempt to write about my experiences in the past 4-5 months, to see how it impacted my race day performance, and my life.

I was in New York in June, and the very next day I joined by friend Ravichander for a short 5K run organized by the Memorial Sloan-Kettering Cancer Center (MSKCC) along the Hudson River Parks. This was my first ‘organized’ international run, and I enjoyed it thoroughly. It was when I thought – “If a mere 5K run was organized so well, how much better can a full marathon be?” The very next week I joined my friend and his Asha NYNJ chapter runners at the Central Park, only to end up with a strong determination to do one full marathon by the end of 2008. It was in July that I heard about the registrations for Singapore Marathon being opened, and I was tempted!

Last year was when I got into running seriously, and for some reason, I missed the Singapore marathon deadline. I didn’t want to make the same mistake again, and immediately registered myself for the full-marathon by paying $80 and completing the registration form. I went to Runners World and got myself a nice 16week training plan. After a week’s training, I was feeling good…really good. Thought I must look forward to completing the Singapore one in less than 4 hours and 30 minutes.

The Brick Walls…
This is when the dark clouds started setting in. A spate of frequent travel came my way, and there was this time in August when I was in Pune. It was raining very heavily outside and I didn’t want to compromise on my training either. I decided to head to the gym in the hotel I stayed (Sun ‘N’ Sand) and run on the treadmill. I started trotting at 6kilometers per hour speed and the sheer imagination of completing a marathon made me unknowingly increase the speed all the way to about 14-15kilometers per hour. I was running like a horse for more than 25minutes, and suddenly I landed a little bit heavily on my left leg. To be frank, that did not feel good! I started to reduce the speed of the treadmill until it eventually stopped.

The day went past and so did the travel. I was back in Chennai, and decided to do an evening run on one Thursday. After about 3kilometers I felt a little strain near my left knee, and I decided to walk a little bit. Not being able to withstand a snails pace, I resumed my running and there was this point at about 4kilometers when I was forced to a screeching halt! I felt excruciating pain outside my left knee.

Running (and completing) a marathon tests both the body and the mind. The course of 42.195 kilometers is a test of grit and determination. A marathon tests one’s character, attitude, strength, weakness and courage.

It was December 6th in Singapore. I had spent most of the day shopping (which involved a lot of walking). It was about 9:30pm when I got back home. That was when I realized that since I was sharing the room with my parents and sister, it was good to have all my race-day essentials kept aside so that I can get myself prepared in the restroom the next morning. I had got almost everything ready, and the clock was showing 11pm. I decided to hit the sack as I had to get up the next morning at 3:15am to get ready for my run.

For the first time in more than a decade, I felt butterflies in my stomach. I was both excited and anxious! While on one side I could feel the energy across the finish line against my chest and my name being called out with applauses, I feared my knee pain hitting me during the race. In about less than half an hour’s time from when I hit the sack, I suddenly found myself scratching my legs and arms. I thought it was just yet another manifestation of my anxiousness, and forced myself to sleep. But it never happened, and it was already 1am in the morning. I could not take it anymore and decided to walk out into the hall and sleep in the couch.

1% of 600 crores on this planet actually comes to 6 crore marathoners on the planet,which is on the higher side,in my opinion,lets pare it down to 0.1%,which comes to 60 lakhs which is more likely!!cheers-suresh

:)I fully agree with you. I guess the figure (1%) is very closely tied to the runners in US.
Now, it makes it even more unique....part of the Point-One Percent club.