A Fresh look at the Mumbai Saga - Wake Up! 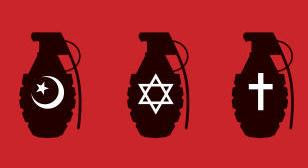 With hundreds of people dead and a large number injured, the Mumbai terror attack has been, by far, the most gruesome terror incidents the world has ever faced. With battalions of Police, National Security Guards (NSG), Indian Navy, Indian Airforce and Indian Army fighting in total unity, India's soldiers have been the real saviors of the country. They have made India proud and given the much needed confidence, that a country would need in times of such acute crisis.

We can definitely look back and take pride in a lot of achievements in this Mumbai episode. But in my view, this will again lead us to the spiral of failure. Every time India has been terrorized in the recent past, we citizens have given a lot of shoulder space for our politicians to give serpentine sermons and condolence speeches and also speeches that centered around bolstering their political/party profile.
Why does this happen Every Single Time? On one side, we call ourselves a democracy and on the other side, we indulge in religious conflicts? Why do we play the blame game?

It's time we STOPPED PLAYING THE BLAME GAME! Time has come to TAKE RESPONSIBILITY! We say that India is "my country", but when she is in a problem, without any hesitation we start to point fingers at others! During the elections, political parties woo the citizens with lofty promises. But when it comes to actual D-Day, the same parties start to point fingers at the opposition parties. Even worse, these political parties play the dirty games of using the religion and cast systems to divide the same citizens whom they once wooed for a vote!

So, what does this culminate to? We do understand that India is a Democratic Republic, and it's HIGH TIME we started to adhere to the very notion of Democracy. We need to change our outlook towards terrorism and the way of life! Our political system needs to CHANGE the way they handle the country.

Here is what, I think, can bring about the much needed CHANGE-

Let's take a vow to stay united and fight this ugly monster called Terror. We just need to do our one bit towards protecting our nation in every possible way. Let's STOP BLAMING EACH OTHER and let's NOT ALLOW ANY FORCE TO DIVIDE US BASED ON CAST OR RELIGION!