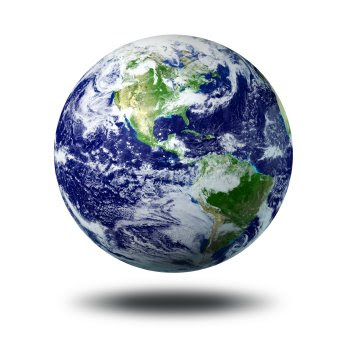 From the stone age till date, man has made steady progress in the fields of science & technology. The invention of the wheel, numbers, aircraft, etc have played a big role in evolving mankind from what it was to what it is today. But, have we ever paused a single time and taken a glance back into the road we've walked? Have we asked the Whats, Whys, Wheres and Hows on whatever progress we've made? Still wondering what I'm trying to say? Read on...

Planet Earth is a part of the Solar System, and has taken thousands and millions of years to become what it is today. From a hot mass of burning matter, the planet has slowly cooled outwards-in. The formation of water and land bodies have been purely governed by the changes Earth has been subjected to. The influencing factors like the gravitational pull of the Sun, moon and other bodies in the Solar System have been some of the noticeable external stimuli due to which we see Earth the way it is - 2/3's of water and 1/3's of land.

The movement of the seismic plates below the surface of the Earth has taken the planet through different stages; from the Ice Age to the age of Information and Technology. As we learnt in Physics, there is a Newton's law that states that "An object at rest tends to stay at rest and an object in motion tends to stay in motion with the same speed and in the same direction unless acted upon by an unbalanced force". This applies well to our planet too. In the many years of mankind, apart from the external forces from the Solar System, our planet has increasingly seen yet another force - Force created by us Homo Sapiens.

Due to the technological advancements in the field of Civil Engineering, man built bridges and flyovers. Man has achieved extreme advancements in this field, that the world also saw the reclamation of land from natural water bodies (viz., seas, oceans and rivers) to create more land for human habitat. As a matter of fact, a good part of Mumbai (in Maharashtra, India) was claimed from the Arabian Sea. So is the Palm Jumeirah.

Due to natural equilibrium, the Earth has naturally been occupied by water for more than 2/3's it's surface area. As the first example, just imagine a pot of water that is filled to its brim. What will happen when you drop a stone into it? The water starts to overflow! This is precisely what we are forcing by claiming land from the natural water bodies!

Here is another example to explain another harsh action of mankind - Just imagine a pot filled with water till the brim and a piece of paper floating on the water surface. What will happen if you place a stone on top of this piece of paper? The paper sinks! This is what mankind is doing by building enormous buildings, skyscrapers, bridges and flyovers!

Having said that, here is my next question - "Can we make this better? Can we give Earth and mankind a little more time to exist? If so, How?" Here are my thoughts on how we can give ourselves and the generations to follow, a better and safer planet from an infrastructure perspective -
All of this cannot be done without YOU. I urge you to THINK and ACT on it. If you can do your one bit towards this, I'm sure the generations to come will be more grateful to you than ever. Did you have more and better suggestions? Do let me (and the world) know!

Let us make the world a better and safer place to live. Peace..
Posted by Unknown

This is an extremely bizarre and largely incorrect posting you have made.

How do tall skyscrapers affect the earth? Where are you getting this stuff from?

Large areas of Asia and Australia are empty because they are deserts. Same as the Sahara in North Africa.

HOw do you propose to move people there? Where will you find water for them?

I think you are rightly concerned about the environment, but the case you make is a weak one based on poor facts.

The single biggest cause for concern is population growth. With more and more people the planet cannot sustain us all, and will eventually run out of resources.

When you combine this with industrial pollution, you have a bad mix.

I do agree with you on ending deforestation and controlling dam construction.

Here are my points to your questions..

1. How do tall skyscrapers affect the earth? Where are you getting this stuff from? - Well, this is simple physics and the study of plate tectonics. I did not mention 'just' skyscrapers....but also others like flyovers, bridges, etc...which are the results of urbanization. I'm pointing you to some useful resources that can help you understand this.

2. Large areas of Asia and Australia are empty because they are deserts - When man can create luxurious cities in the middle of great oceans, why not build cities in the middle of deserts? (Dubai is one example of the latter....to say its 'doable'). When man can build long pipes to transfer gas across continents, I think this is replicable for water as well! And....I did not refer to North Africa in my article....appreciate you quoting 'only' what is being mentioned in the article.

3. The single biggest cause for concern is population growth - I did refer to this in all that was written.....afterall, man has been building skyscrapers and other structures to accomodate the increasing population!

Here are some resources that you must read..
(a) "Living on an Active Earth: Perspectives on Earthquake Science" by Board on Earth Sciences and Resources

(d) Google can get you hundreds of results!

So, my friend, I hope these resources (and my answers) will help you get a better perspective on this subject.