It's Business and not Technology that Leads 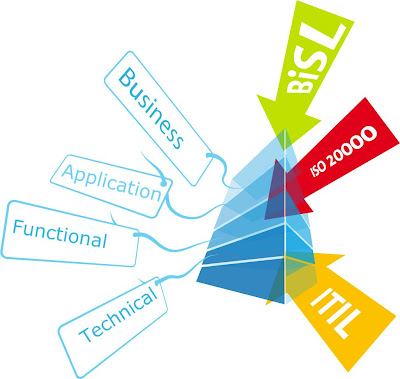 A brief look into the history books would set the picture right - Technology jumped in to help man do things more effectively and faster. The wheel was invented when man wanted to move heavy boulders from one place to another. The computer was invented to help man perform calculations much better. The list is endless. The crux of the matter being that the need leads and the technology just follows. When needs become endless, technology starts to evolve!

In the pursuit of technology dreams, businesses started to get more technology dependent by slowly getting more of their business closely linked to IT. Today, most of the world's biggest businesses across different industries are heavily based on an underlying IT infrastructure. Unknowingly, the leaders and head honchos of world's biggest businesses have invested so much into IT, that they cannot survive without it.

Inadvertently, the IT heads of these non-IT businesses have started to focus so much on technology and lost focus on the real business objectives! In bigger corporations, this problem has been accentuated by the inter-department/intra-company politics - Often, there is a clash between the business, functional and the technology wings of these corporations!

The latter point mentioned above has resulted with information redundancy due to the creation of information silos! In simple terms, this is nothing but information gluttony. This inter-department/intra-company politics sometimes goes to such an extent that the IT management shuts doors to the business teams, and eventually sets up an IT infrastructure that is sometimes contradictory to the actual business need!

"IT people have a fundamental belief that they're not doing anything wrong," says Tony Fisher, CEO of data-quality specialists DataFlux. "That's because they lack an understanding of the business at large. You end up with an environment where the IT manager sits in his office naive and happy, thinking he's doing all the right things, reading all the right journals, and executing everything according to specs that have everything to do with technology but little to do with the business."
- Excerpt from Dan Tynan's article on CIO.com

In a time of recession, it's more important for businesses worldwide to focus on resolving these intra-company politics and work in unison. When the demand is low and the operations are slow, businesses should start to realign their departments and operations in a way that lets the business drive and use technology as a means to grow. Taking an inward view of their internal operational layout will help businesses fine tune and innovate their operations and approach, thereby becoming a lean and agile enterprise!
Posted by Unknown

Email ThisBlogThis!Share to TwitterShare to FacebookShare to Pinterest
Labels: Business, Innovation, IT, Technology